COCOLAMUS – Defensive struggles carried Susquenita over the East Juniata Tigers by the final score of 8-0 in a Tri-Valley League softball game on Tuesday.

The game was 1-0 Susquenita heading into the top of the fourth inning where things began to unravel for the East Juniata defense. The Tigers committed a total of six errors for the game, three of those came in this inning and the Blackhawks took advantage of the situation.

Susquenita dropped seven runs in the frame and went through the lineup once. Shelby Wenrich dropped a bunt and reached on a fielder’s choice as the Tigers failed to get Lily Feltenberger out at home plate. Paige Brouse then reached base on an error at second before a single to right center by Tierney Steumpfle that brought home Wenrick. Esther Feltenberger then smacked the ball to left field that ended up being dropped and allowed Brouse and Steumpfle. Elaina Gates then singled to left scoring both Esther Feltenberger and Rylee Swailes. Lily Feltenberger then doubled to left that brought home Gates.

But despite that, the Tigers did have some big time plays defensively throughout the game. The first big play came in the top of the first inning where Hilary Kreiger was at third base and one out. Lily Feltenberger flew out to centerfielder Annika Martin who saw Kreiger running to home plate and launched a rocket all the way to catcher Erin Sheaffer who then proceeded to tag out Kreiger to end the inning on a double play.

East Juniata has an many hits in the game as did the Blackhawks with nine total hits. But the Tigers struggled to get the hits needed to get the runs on the board. 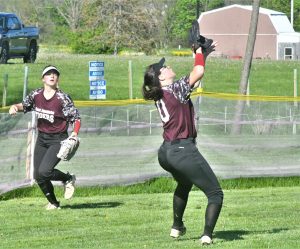 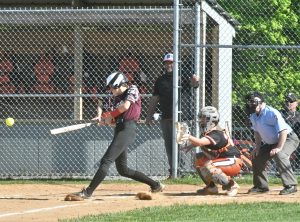 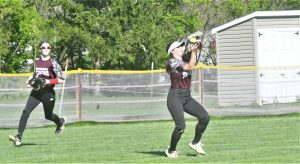 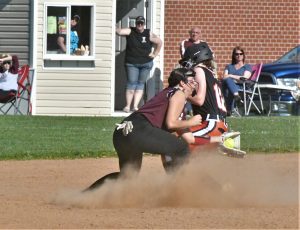 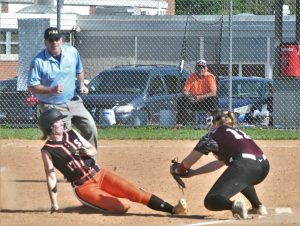 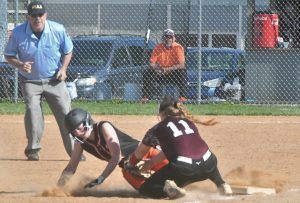 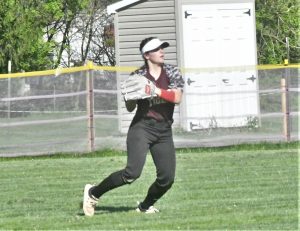