The State College boys volleyball team made quick work out of rival Altoona Thursday night topping the Mountain Lions 25-17,25-22 and 25-22. 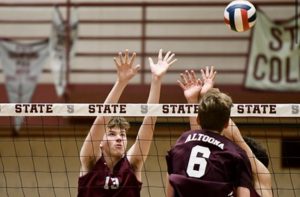 Leading the way on the serving line was Brayden Kuruzovich with four aces on 14 attempts. Teammate Jett True hit four aces in 13 attempts. Rounding out the top servers from Thursday for State was Sam Li with two aces in 12 attempts. 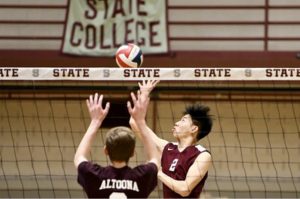 Kuruzovich had 11 kills in 29 attempts for a .241 average while Joe Brogan and Kieran Leahey finished with .333 average at the front line.

Leahey led the team in assists with 16 and finished with six digs.