UNIVERSITY PARK – The State College Indoor track and field team shined this past weekend at the Kevin Dare Invitational held on the campus Penn State University.

The Lady Little Lions also got strong efforts from their relay teams as well. 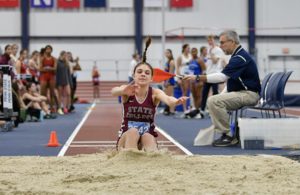 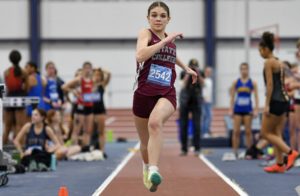 Marlee Kwasnica’s time of 5:12.16 was good enough for second place in the mile run.

Finishing 11th was teammate Grace Morningstar with a time of 5:33.16.

Rounding out the top place winners for State College was Sara Tate who finished 13th in the 60-meter hurdles with a mark of 10.23. 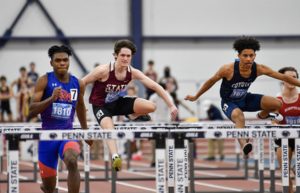 In distance running, the 3000-meter run was marked by State college’s Isaac Oppermann who finished in 7th place with a time of 9:22.71.

Placing 14th in the Pole Vault was Jackson Bodner. He finished with a top launch of 11’ 9”

Rounding out the night in the Shotput was Ben Spencer’s throw of 47’ 7 1/4” taking third place for the Little Lions.