LEWISTOWN – Despite a lot of early action, Mifflin County struggled to capitalize on its opportunities as the Huskies were defeated by cross county rival State College Little Lions by the final score of 10-5 in a Mid-Penn Conference baseball game Monday afternoon.

The action started during the top of the second inning where the Little Lions got on the board thanks to Jack Messina who jacked a two run homer over the right center fence where along with himself scored Drew Moerschbacher given them a 2-0 lead.

But then in the bottom half of the same inning where Tucker Gill singled to left that brought in Ryan Hine. The Huskies then tied the game as Gill was thrown out at second but allowed Luke Lyter to score.

Then in the top half of the third, Ethan Schimony hammered a three run over center that also scored Cooper Ryan and Charlie Bakken to make it 5-2. Then with two outs and the bases loaded, Tony Herzing singled to left that scored Messina and T.J. Yoder making it 7-2.

The Huskies responded in the bottom half of the third with a big three run shot from Jaxson Pupo that cut the lead down to 7-5.

Mifflin County had a big opportunity in the bottom half of the fourth inning with only one out and the bases loaded. State College starter Ryan was pulled and replaced by sophomore Sam Janik who proceeded to get back to back strikeouts to get out of the jam.

In fact, from then onward, the Mifflin County bats were kept in check as the Huskies were unable to really get an opportunity to put runs on the board.

State College starter Ryan pitched the first three and a third innings with four strikeouts and had six walks. Then Janik took over from there and finished off the final two and two-thirds innings and struck out five Mifflin County batters and walked only two batters.

All but one State College batter had at least one or more hit in the game with Messina going a perfect 3-for-3 at the plate with a home run, two runs scored and four RBIs.

The Huskies were led by Pupo who drove in three runs with his home run which was his only hit in the game out of two at-bats. Xavier Smith and Gill also collected a hit each and Lyter was the only multi hitter for Mifflin County going 2-for-4.

Landon Black got the start for the Huskies and went the first two and two-thirds innings with two strikeouts and walked four batters.

Mifflin County is now (1-3) overall and (0-3) in the league and will look to get back into the win column today as the Huskies will travel to face the Red Land Patriots. 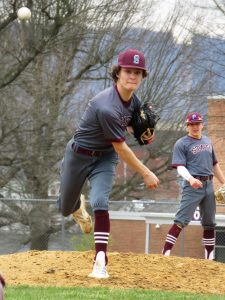 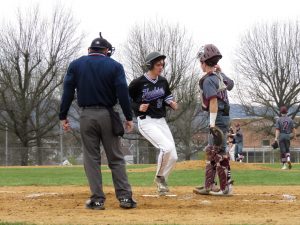 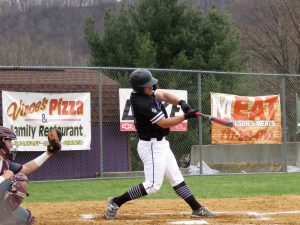 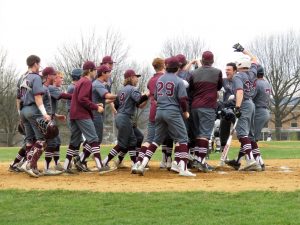