One on One Interview: Bellefonte scoring sensation Molly McKee
Apr 6, 2022

Hometown Sports’ Kenny Varner caught up with McKee the day after he monumental achievements and talked to her about her milestone goal, Bellefonte’s lacrosse history and her excitement to play with this year’s team.

HS: How did it feel to the 100 career goal mark? What were you thoughts at that moment?

MM: At first that wasn’t even a thought in my mind. I was more worried about getting the lead on Selinsgrove. Because they were just as competitive as we were and I didn’t want to lose.

What happens was my teammate Elle MacAfee said “Oh my gosh Molly! And it hit me ‘Oh wait, I just did it!’ It was such a relief. It felt really good. Not for just me personally but for the program. And getting it out of the way and showing that anyone can do that achieve that especially from Bellefonte. It felt really good!

HS: Describe your feeling going into the game?

HS: How does it feel to be the first player in team history with 100-plus goals?

MM: It is such an honor but it is unfathomable to imagine. Just to think that somebody, and that being me to do that. But I really hope somebody else in the future gets it. The more people who gets it that it’s an achievable goal. It feels really good.

HS: By watching you on the field you

how does it feel to be the captain for your team?

MM: It feels good to have responsibility. But it’s nothing new to me since my Dad has  been the coach and I have a little more experience than most girls. I feel like I’ve always been taking that role on from the beginning without the title. I just really love encouraging everybody to do their best because we all deserve to win.

HS: How long have you been involved in playing lacrosse?

HS: Who got you started in the sport?

MM: I tried gymnastics and softball and got bored of those. My cousins on my Mom’s side all played lacrosse even playing in college. We would go down there for holidays and they would show me things and I would be excited ‘This is so cool. I want to play!’

HS: Your team has had a strong start to open the season. How fun has this season been so far?

MM: it’s been an insane amount of fun. We have a lot of underclassman with such passion for winning. So seeing the younger players carry over the amount of passion carry over is so great to see. I think since we are all so close together, winning is such a goal we want to reach and we all enjoy it so much that it’s so much fun.

HS: The lacrosse program has been getting stronger every year. How has it grown since you first started in the program.

MM: I feel like watching it from this point by watching it all mostly from the sidelines that from day one. There’s been such strong strides. People are actually acknowledging us and realizing that we are not a team to messed with and we can hold our own. So seeing the progress even with the numbers of girls who wants to come out and play and I don’t even know who they are. They want to compete. Having 35 girls every year is just astounding to me and I hope it keeps up.

HS: What are your goals for the future? Are you taking your game to the next level.

MM: I actually committed to play at Mount Alousius College. I will be playing lacrosse there.

HS:What advice would you give to younger players that are starting in the sport?

MM: Honestly, I would say don’t give up. So since there is no elementary program a lot of the people either start in middle school or high school at a very underdeveloped level and they might get discouraged because some players may have competed longer. Just because we don’t have as much experience but I think persistence is the biggest key. 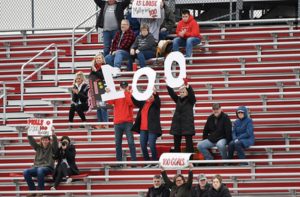 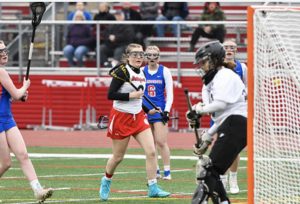 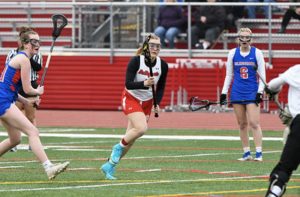 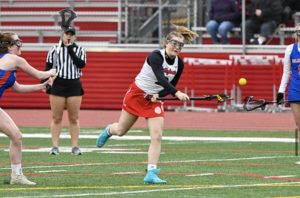 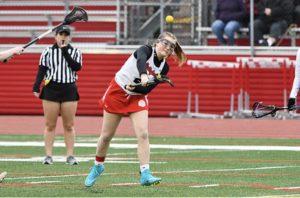 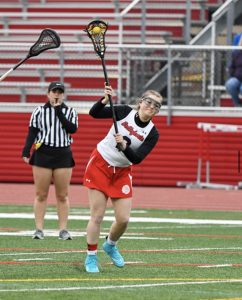 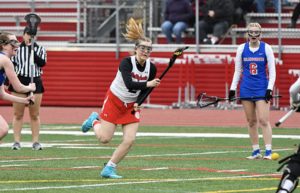 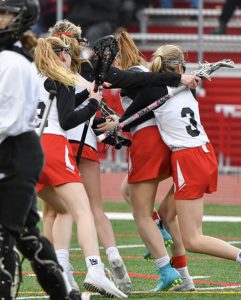 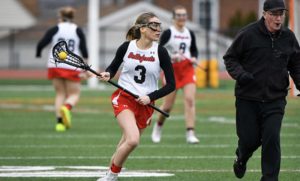