GALVESTON, Tx – The Mifflin County girls cross country team had the opportunity of a lifetime to run in the Galveston Island Beach Run in Galveston, Texas on Friday, September 9. There were about 1,500 runners from the surrounding areas that were registered in all of the races. The Huskies were the only team from out of state. 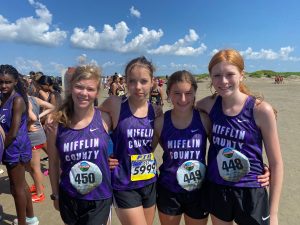 Overall, I was really proud of how they ran. This was not an easy task; going down to a hot climate, running after traveling, eating differently, and sleeping in a hotel bed,” said Mifflin County coach Neil Breneman. “They were completely out of their element. Running flat on a beach sounds really appealing but then you quickly realize something. When you run flat, you lose reference points on the terrain. You run, and run, and feel like you are getting nowhere. When you face hills like we do at home, yes, you have the pain of an uphill, but you also get a “break” on the downhill. Many of our runners said they prefer the hills of PA.” 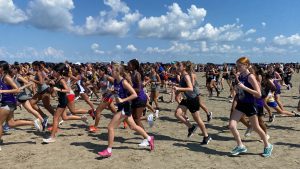 “This didn’t take away, however, from it being an incredibly memorable experience. There is nothing like starting with several hundred others on a beach with the sound of the waves to your side and a large line of giant ships waiting to get into the port. It was incredible! Our hosts, The Galveston Independent School District and numerous individuals and businesses in the community were extremely generous and hospitable toward us.” 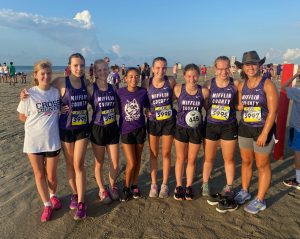 There were 97 runners in the Varsity Division 1 race. The following was their place and times: 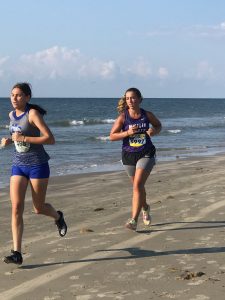 Mifflin County had four girls participate in the JV race which was much larger with 321 finishers. Ava Kratzer was Mifflin County’s first finisher passing many runners near the finish line and ending up in the 92nd position as a freshman. 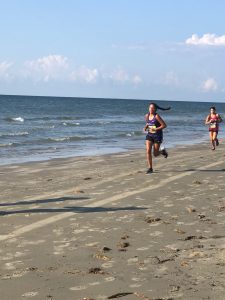