MC Huskies not afraid to play the best to eventually be the best
Apr 8, 2022

******Game story to come later tonight******
LEWISTOWN – To be the best you have to play the best. Such was the case Friday night when the young and improving MIfflin County boys lacrosse team went up against a state ranked Bishop Shanahan team. 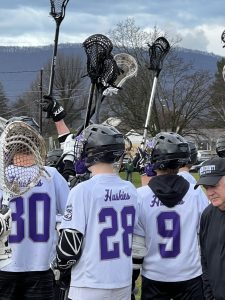 Battling the elements as well as the level of the visiting team, it was evident that the Huskies would battle even if the odds were stacked against them.

One of the most refreshing aspects of this year’s Huskie squad is not only their willingness to learn but it’s a team that is having fun in the process.

The chemistry and comrodery show no matter what the score might show on the scoreboard.

Being in its second year fans can see the willingness the team has to learn and not be afraid to compete against any team.

With the building being built by coach Jim McCarter, the foundation is evidently being built in the right way.

Most of all not being afraid to just let the athletes just have fun with still learning. 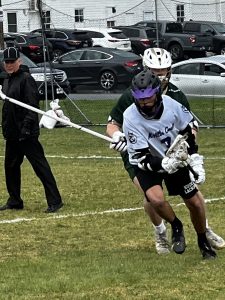