The MC girls knew the race against Altoona would be tight going on their home turf and with plenty of talent on the Altoona squad. They battled hard through a fast start, an intimidating hill, and plenty of trading on and off in positions throughout the race, however, in the end they fell just short losing the meet, 32-25.

“Throughout the race there were moments when I thought we had them but then they would surge and move in front of our girls,” said MIfflin County coach Neil Breneman. “For many of the girls they traded positions right down to the very end and the race was won or lost in the final kick. I challenged them that they would have to work hard to try and pull off a win. Although they came up short they can be proud of the effort they put in and walk away with their head held high. They have a big invitational coming up this weekend at Gettysburg and that is where our focus is now getting ready for that.” 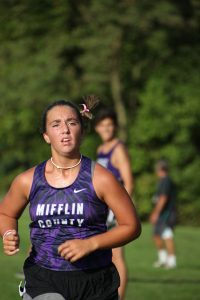 “Championship season is right around the corner as the biggest races and the ones that matter the most are quickly approaching.” 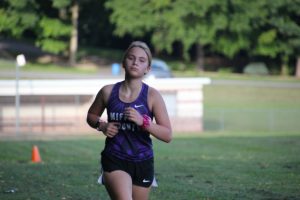 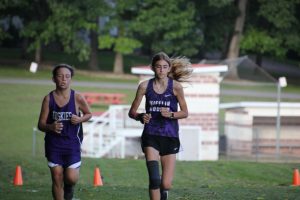 “I am super proud of all three of them as they knocked significant time off their PR’s; each of them eliminating a minute off their best mile pace time for the year,” said Breneman. “The JH will also compete in Gettysburg on Saturday.