Matis has sights set on extended his football career at Lycoming College
Apr 2, 2022 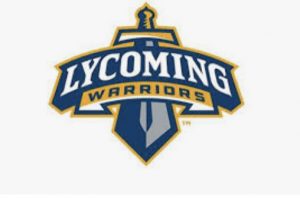 HS: How did it feel to get the official word you would be going to Lycoming college?

KM: I was hoping to play college ball and it’s a big milestone for me.

HS: I know it’s early but do u know what you might be majoring in?

HS: When will start classes there?

KM: I will starting in the fall.

HS: What was it about Lycoming  that made you know that’s where you wanted to go?

KM:  Well, Coach Wiser who is obviously a Bald Eagle graduate. It really felt like a family there. It felt like  like the same feeling that I had playing high school football.

HS: How long have you been playing football?

HS: Who got you started in the sport?

KM: I would say probably my friends. They all decided to play and I wanted to fit in so I decided to try out in junior high and I fell in love with it. I loved it!

HS: What position do you play?

HS: How much fun was it to be playing for one of the best teams in Central Pennsylvania and possibly the state itself?

KM: it was incredible! I have nothing but respect for my teammates, especially the group from three years  ago when we went to the final four. I had an amazing time. I learned a great number of things from a lot of people.

HS: Any favorite moments that come to mind looking back?

KM: That’s a hard question. I’d have to say…probably our district championship game against Westmont Hilltop. That was a pretty incredible moment for me.

HS: What advice would you give to any young player just starting their football career?

KM: It’s a tough sport you have to put your mind into it and you have to stick with it. It’s a sport where you have to put a lot of time into it. That time has great rewards obviously. Keep your head down and grind it out.