Bellefonte pitcher Bruce Jennings was almost untouchable as he struck out 10 and limited the Little Lions bats to just three hits while going the distance in the Red Raiders 2-0 victory. 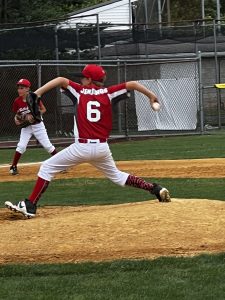 Offensively, Bellefonte manufactured a run in the second and one in the fourth as it held on from there.

Despite the loss, State College’s pitching was just a tough, allowing five hits.

Leading the offensive attack for Bellefonte was Traevon Confer who had a 2-for-3 afternoon. He also scored one of the Raiders two runs. 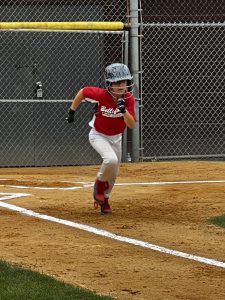 Also picking up hits for Bellefonte were Chase Hall, Brody Tomco and Jennings.

State College got its hits from Marshall Laskowski (2-for-2) and Christian Wenger.

In the first, both teams defenses started strong.

Bellefonte, who were playing as the visitors, picked up its first run in the second.

Confer got the inning going hustling out an infield grounder to shortstop. He moved up to second on a stolen base and later reached third on a wild pitch.

With two outs, Confer saw an opening to break for home as the ball scooted away from the catcher. He slid in safe, making it a 1-0 advantage. 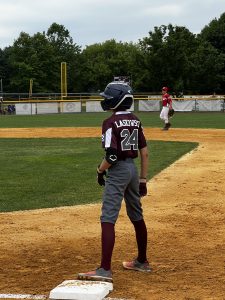 With one out, State College bounced back with two consecutive hits, one by Laskowski and Wenger, putting the Little Lions in scoring position.

But the Red Raiders defense took back the momentum catching a liner and capping it off catching the runner off of first for the double play.

After a scoreless third, Bellefonte added an insurance run in the fourth.

Tomco led things off with a single into center. He stole second.

Confer followed with his second infield hit of the game, hustling out one this time from second.

Bellefonte loaded the bases on a picture perfect bunt by Hall to load the bases.

But teammate Aidan Swentosky bounced into a fielders choice, notching an RBI as Tomco scored.

State College looked to be threatening to get a run in the fifth.

Laskowski led off with a single that collided with Jenning’s leg, making it to first. Laskowski stole second and moved up to third on a wild pitch.

With nobody out, Jennings showed he was cool under pressure by striking out the next three batters and leaving Laskowski stranded at third to end the threat.

That would all that Bellefonte would need as it held onto the the close 2-0 contest.