By Kenny Varner
Sometimes you are born blessed by the people that God’s put into your life.

I was such blessed to have Gil Varner as my uncle.

He was more than just an Uncle to me as he played numerous pivotal roles for me in my lifetime.

He was a coach, a second father figure, friend, supporter, artist and he was even Santa’s helper for me and my sister through my younger and formidable years.

Our family lost one if it’s cornerstones last week, as he passed away at home.

As a coach, my Uncle helped plant the seeds for my love of sports. He allowed me at the age of three to put on a football uniform and practice with the older Pee Wee football players he coached in Lewistown. I got to stand on the sidelines and be apart of a watching what would be a Lewistown Pee Wee Panther dynasty in the now defunct Juniata Valley Football League.

It seemed like every year his team’s were in the Super Bowl and most often than not, would come out victorious.

It was not only through the wins I learned from him but I also was able to see the class and dignity he shown during a loss. He was one of the first coaches of that era to build his team from scratch every year by what talents the athletes brought to the field. 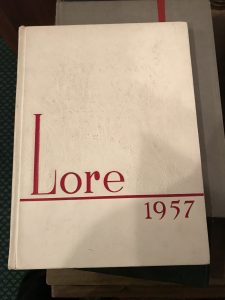 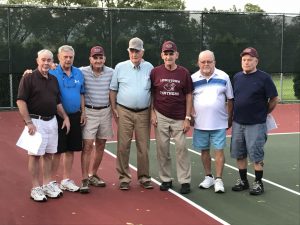 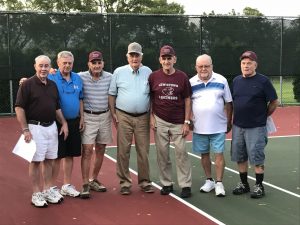 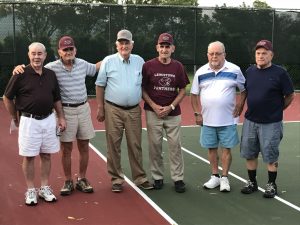 Little did I know that young in life that my uncle was no stranger to winning and played under local Football Coaching Icon Alex Ufema.

My uncle was a player of the Lewistown High School undefeated teams of 1957-58.

In my later years as a reporter, I got the chance to hear stories of local legends Ralph Baker, Junior Powell, Fred Stoicheff, Bill Swineford, Fred Saxton, just to name a few.

He told me a story one time that during a running drill, my uncle kept falling to the ground after hitting certain area on the field.

After falling twice, my uncle recalled, Coach Ufema stopped my uncle and went over and pulled a clump of grass up from the roots and tossed them to the side and told him to try it a third time. On the third try, he went through the line with no difficulty or slipping.

He had numerous stories like that one I had the privilege to hear when I sat down and talked to him about his time as a member of the “Maroon and Steel” edition of the Panthers.

Flashing back to his coaching years in the JVFL, he was a successful coach all through his time on the sidelines, winning championships with the Heights Bombers team and then later with the Panthers.

After retiring from his stint as a coach, he spent time with my cousin, Ken and helped him with his successful baseball and basketball career. He also encouraged his daughter Staci to be the best softball player she could and she was one of the stand outs on her teams that she caught for.

He also spent time on the golf links, where he held his own with mostly everyone he went up against.

I spent most of my time falling behind the group he was with and he later took the bag of clubs, saving me from falling over from exhaustion.

He was a very generous person who always worried about the people he loved and cared for.

Later, as I found myself with the opportunity to write for the newspaper and later on the Hometown Sports Magazine, numerous times it would be Uncle Gil and Aunt Darlene who encouraged me and praised me for my work. They were always in my corner and I would constantly run into them at local sporting events.

In his later years, Uncle Gil followed around and watched the local baseball teams. Whether it be a MIfflin County Babe Ruth game, Legion game or even the MIfflin County Huskies high school team they would be there routing the local kids. They were true MIfflin County sports fans!

Though the years and life circumstances had made our meetings less than when I was growing up, the love and the care was always there from both of them.

Our last real meeting came during the late summer at the MIfflin County 14-year old Babe Ruth teams championship game. I had earlier in the day covered a game in Altoona and went right to the championship game without stopping.

When I got there and settled in. I saw my Aunt and Uncle were waiving at me. We talked and I went back to my chair to start covering.

Knowing that I didn’t eat that day, my uncle walked over and insisted that they buy me something. I tried to politely decline but he wouldn’t take no for an answer and he came back with a hot dog and soda to make sure I ate. His generosity and kind heart was what I’ll always remember. I hope when my time is up that I would be even half the man that Gilbert Varner was!