ELIZABETHTOWN, Pa. – Shippensburg University wrestling got what it needed from the last three matches to overtake Elizabethtown College Tuesday night in a hotly contested dual meet from Thompson Gymnasium, 19-18. 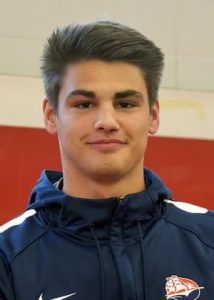 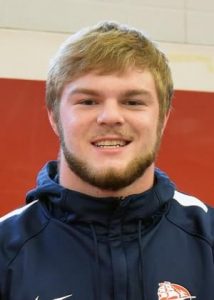 Shippensburg (4-0) trailed Elizabethtown 15-13 late in the meet, but the Raiders picked up clutch victories from freshman Mike Trainor (Cochranville, Pa./Octorara) and graduate Avery Shay (New Fairfield, Ct./New Fairfield (Clarion)), as well as a valiant effort from freshman Kyler Everly (Lewistown, Pa./Mifflin County) to deny Elizabethtown’s Brian Schneider in the final match, which allowed the Raiders to hold on for a one-point victory.

E-Town’s Ganon Smith began the meet with a 7-1 decision at 174 pounds. Shippensburg freshman Owen Koch (Phoenixville, PA./Phoenixville) then got the visitors on the scoreboard with a close 3-2 win at 184, and freshman Trey Shoemaker (Lewistown, Pa./Mifflin County) followed with a decisive 11-0 major decision in his match at 197.

The Blue Jays turned the tide with an overtime victory from Scotty Reagan at 133, and Rupp’s pin of Miscovich put the hosts back in front, 15-13.

Trainor surrendered the initial takedown in his match at 149, but quickly came roaring back. He rode E-Town’s Shane Strausser for the full length of the second period, and reversed a tiring Strausser in the third for a vital 5-3 decision.

Shay then built up a massive 11-0 lead before surviving a scare against opponent Dorian Gonzalez at 157 pounds. Gonzalez reversed Shay into a near fall with time running out in the second period, but the Ship wrestler managed to stay off his back until the clock turned to zero. He then righted the ship in the third to win a 14-7 decision.

With a four-point margin on the scoreboard, all the Raiders needed was for Everly to not allow any bonus points in the final match. Schneider did his best to thwart the visitors’ plans, but like Trainor and Shay before him, Everly remained steadfast, forcing a third period stalemate to deny his opponent, who had to settle for a 6-0 decision.

For the Raiders, the one-point victory came in stark contrast to their dual meet with Elizabethtown last season, which was won by Blue Jays by a wide margin, 38-3.

Up next, the Raiders will look to extend their unblemished dual meet record when they open their home and PSAC slate against Millersville at Heiges Field House Dec. 1 at 7 p.m.