BELLEFONTE – To be continued…. 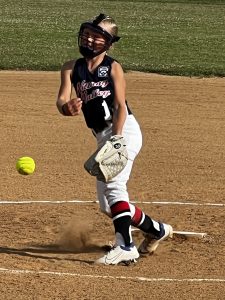 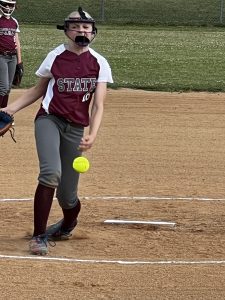 After trailing 3-0 going into their final at bats the Little Lady Lions rallied to tie the game, sending it into extra innings.

State College set down Nittany Valley in order in the top of the seventh and scored a run in the bottom of the inning, taking home the 4-3 victory for the “Comeback Kids”.

Both starting pitchers threw gems as Nittany Valley pitcher Harper Bair allowing four hits in the contest and three runs, she struck out seven. She also was tough on put outs and circus catches on the mound.

Picking up the win for the Little Lions was Rachel Gilmore.

Offensively, Abby Syzowski went 3-for-4 with a run scored while teammate Ryleigh Lintal also notched three hits in the victory.

Nittany Valley got two hits from Bair and Lily Park. Both scored as well.

Nora Brown also finished with a hit as did teammate Sage Moore.

After a very defensive contest going through the first three innings, Nittany Valley scored first plating three in the fourth.

Park brought both home as she singled and moved up the bases on a State College miscue, making it a 2-0 lead.

Park scored on a double to the gap, upping the lead to 3-0.

From there both defenses took center stage.

As the game went into the Little Lady Lions last at bats, State College got its comeback attempt started.

Abby Syzmonski hustled out an infield hit to second.

Lintal followed with a pop fly that dropped down, putting runners on first and second.

Nittany Valley came back getting the next two batters out.

Coming off the bench Aubrey Mark came out a smoked a shot by the shortstop, scoring Lintal.

Gilmore later scored on an RBI single by Chloe Kight, tying the game and sending the game into the seventh.

In the seventh, State College was patient at the plate when Gilmore walked with the bases loaded to bring in Brooklyn Reed clinching the victory.

With the win, State College forces a winner take all contest.