MIDDLETOWN, Pa. – Penn State Harrisburg’s softball team swept United East foe SUNY Morrisville at Courtney Pollock Memorial Field on Saturday afternoon to match the program’s single-season record for wins. The Lions shut out the Mustangs 9-0 in the opener before rolling to a 15-2 victory in game two. 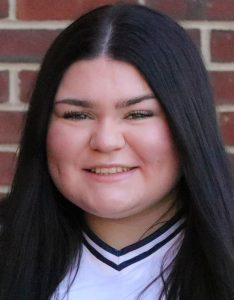 Steph Reider went 3-for-3 and finished a home run shy of the cycle, while Madelyn Lehigh finished 2-for-3 with a pair of runs scored. McKenzie Boozel doubled and drove in a pair of runs, while Samantha Weaver and Lauren Hess had multi-hit games. Carissa Yeager won her 16th game of the year inside the circle, surrendering just one hit in five innings thrown.

The Lions scored quickly to begin the game, putting up three runs in the bottom of the first thanks to a Reider triple that plated Madleyn Krantz and Lehigh, as well as a Boozel RBI groundout that pushed Reider across. In the ensuing frame, drove in Lauren Hess with a triple, Reider doubled to score Krantz, and Boozel doubled to bring Reider home.

The Blue & White put the finishing touches on the scoring with three more in the fourth when Lehigh and Reider came across thanks to wild pitches and a Weaver single down the left field line drove in Boozel.

Penn State Harrisburg (21-9, 15-3 United East) matched the program’s single-season record for wins originally set in 2011 thanks to a 15-2 victory over SUNY Morrisville (3-23, 3-15 United East) in the second game of a conference doubleheader on Saturday afternoon.

Emma Einarson went 3-for-4 with two doubles, four RBI, and three runs scored, while Madelyn Lehigh, McKenzie Boozel, and Rylee Tineri all had multi-hit games. Mary-Kate Penczkowski made history when she recorded the 200th strikeout of her career en route to earning the win inside the circle.

The Mustangs struck first, using a double to plate the game’s first run in the top of the opening stanza but the Lions responded with three of their own in the bottom half. From there, the home team never relinquished the lead.

The Blue & White tallied six more runs in the bottom of the second, with Tineri’s double that scored Samantha Weaver capping the frame’s scoring. Penn State Harrisburg put up another six spot in the third, as Einarson doubled for the second time before Carissa Yeager made a rare plate appearance and drove in Weaver with a single to center field.

Morrisville got one back in the top of the fifth but Penczkowski struck out the final two batters to put a bow on her fifth win of the spring.

– With the pair of victories, the Lions matched the single-season record for wins originally set in 2011.

– Steph Reider finished 3-for-3 with a triple, a double, three RBI, and three runs scored in the opener.

– Madelyn Lehigh went 2-for-3 with two runs scored in game one.

– McKenzie Boozel doubled and drove in a pair of runs in the first outing.

– Samantha Weaver and Lauren Hess had multi-hit game ones.

– Inside the circle, Carissa Yeager won her 16th game of the year, throwing all five innings and striking out four while allowing just one hit.

– Emma Einarson went 3-for-4 with a pair of doubles, four RBI, and three runs scored in the nightcap.

Saturday served as the softball program’s senior day. Prior to Saturday’s contests, Penn State Harrisburg recognized its softball class of 2022 in Madelyn Krantz and Samantha Weaver for their contributions to the program the past four-plus years.

The Lions turn right around and head north to Morrisville on Sunday afternoon to complete the season series with Mustangs.