Slugging their way to a perfect 2-0 on the day, posting a no-hitter in their 2022 debut against Juniata County and then ended the afternoon session with a 1-hitter in the night cap against Bellwood-Antis. 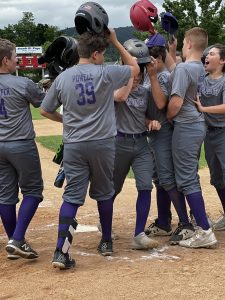 Along the way, MC outscored their opponents by a 29-2 margin, blasting five home runs while rounding up 26 hits en route to their earning a spot in the championship game Sunday at 10.

In their opening game against Juniata, “the Purple and Gray” were the home team and went straight to work.

On the mound for MIfflin County was Noah Wray. 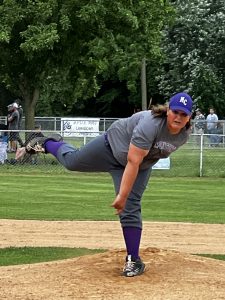 After sending Juniata down in the first, MIfflin County went right to work, picking up four runs in the bottom of the first.

With one out, Jaxon Strohecker walked.

Liam Shaffer got the scoring started as he blasted a 2-run shot over the centerfield fence.

Ezera Beamer kept the inning alive as he sent a laser back through the middle for a single.

Zander Lawson brought both runners in on an RBI single into right field, making it a 4-0 contest.

After both teams held the other scoreless in the second, the MIfflin County bats came out in the third.

Highlighting the 11-run third inning was a grand slam by Kauffman as 11 different batters scored in the inning.

From there, Wray and his defense were too much for the young Juniata squad as MC went onto the 15-0 no-hit victory. 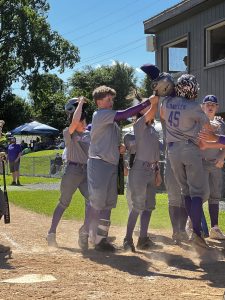 LEWISTOWN – Playing the role as visitor in the second game, MIfflin County got off to a sizzling start, plating five runs en route to the 14-2 one-hit bid by Liam Sheaffer.

In the first inning, the locals broke out to a 5-0 advantage.

Neal Wolfkiel got things started with a walk.

With one out, Shaffer on second and Beamer on first, Lawson blasts a moon shot over the left centerfield fence, quickly upping the lead to 5-0.

Mifflin County added a run in the second. Luke Shawley bounced into a double play that still was able to bring in Jude Zook.

Shaffer was clutch on the mound, allowing his team to get back on offense and keeping the Bellwood bats cold.

In the third, Colton Aumiller blasted his own home run.

Kauffman later scored as well bumping up the MC lead to an 8-0 advantage.

That was all the MIfflin County team needed as it went onto the five inning victory. 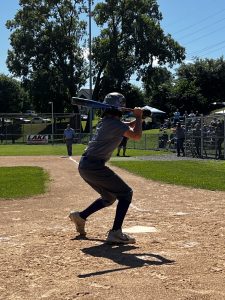 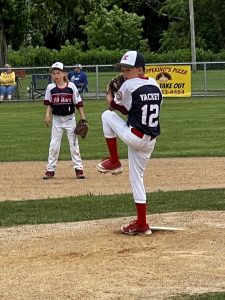 The Juniata County 10Us had a .500 day as they topped the scrappy MIfflin County minors team 7-5.

However, in their second games both the 10Us and 12Us fell. 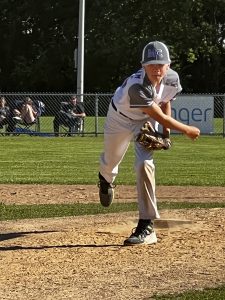 In other 10U action, MC’s main squad looked very impressive, capping their day with an impressive 15-2 victory over Bellwood-Antis. 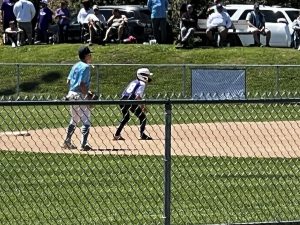 The MIfflin County 11Us day finished with them taking the second place nod in the tournament.