Bellefonte makes the most of MC miscues to take contest over MC
May 16, 2022

LEWISTOWN – The Huskies baseball team finished their last home game Monday night as they went up against a very potent offensive attack in Bellefonte.

The Huskies were able to get their share of runners on base but could not get them across the plate.

“That’s been our kryptonite all year so to speak. It’s been our Achilles heel,”I think it’s been seven or eight times this year we left the bases loaded with one out or less,” said MIfflin County coach John McGonigle. “That’s something we got work on in the off season and come back be aggressive in those situations and get the ball out of the air and on the ground and see what happens from there.”

However, the Raiders were able to make the most out of the Huskies six miscues to take home the 7-1 victory over the Huskies.

“We had some timely hits. When we had runners in scoring position we were able to plate some runs in a couple of innings,” said Bellefonte coach Jon Clark. “We had them at the right time. We left some opportunities out there. That’s the game you learn and be better for it next time. I think after a couple tough games. The last couple we’ve been on the shortened after a pretty decent streak. It was nice to see our guys have a little energy and get back in the win column.

Picking up the win on the night was Dominic Capperella. Capperella had a strong outing going five innings allowing two hits and striking out six.

Taking the loss was Ryan Esh.

Esh went three innings, allowing six hits and four runs in his time on the mound.

Bellefonte had three players that finished with multiple hits.

In the second, Bellefonte jumped on the board first, notching three.

Triston Heckman led things off with singled a shot into left field.

Heckman stole second and put himself in scoring position.

Trevor Johnson reached on a Huskies miscue at first, scoring Heckman. He also moved up to second on the error.

Josh Brown moved Vancas up to second on a grounder to move Johnson to third.

Vancas loaded the bases when he walk to set the stage for Capperella. Capperella singled, bring in Johnson and moving Vancas to third.

Vancas scored after tagging up after a sacrifice fly by Kormanic, making it a 3-0 advantage for the Red Raiders.

Bellefonte added one more in the second.

Alex Ebeling reached on an error.

Heckman moved Ebeling up to second on a Heckman single.

Heckman later scored on a single by Vancas, upping it to 4-0.

In the fourth, Bellefonte added a run cushioning the score to a five-run lead.

In the seventh, Bellefonte added two more, making it a 7-0 contest.

Mifflin County had a little bit in them as they went back and added a run.

With two out, Tyler Hunter walked. He was followed on base by Xavier Smith. Ryan Hine singled in Hunter, making it a 7-1 contest.

But the night belonged the Bellefonte as they were able to score when needed. 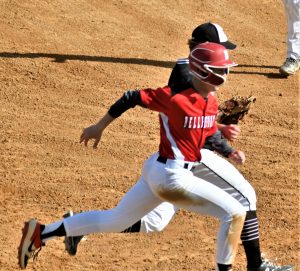 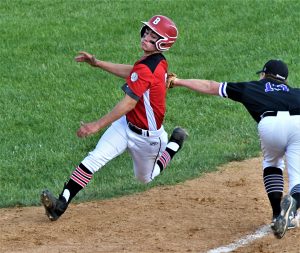 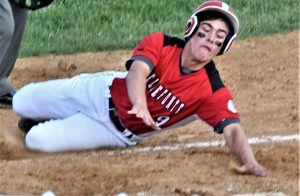 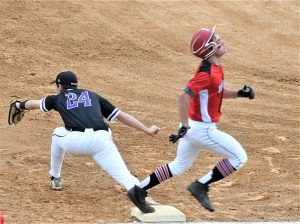 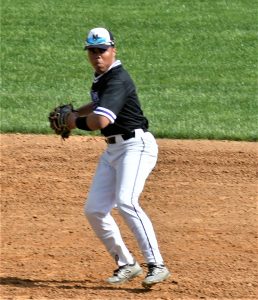 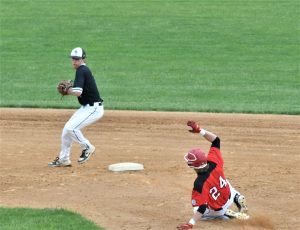 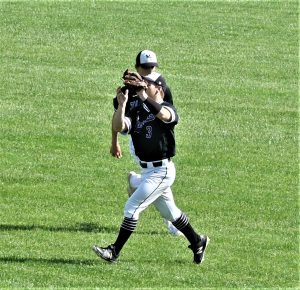